Back in August 2013, bestselling author Joe Konrath issued a challenge to see if his readership could write, edit and publish a work of fiction in under eight hours. This included everything, from the initial concept to cover design. In the end, 140 participants successfully posted their works, myself included, and got recognition in Konrath’s epic blog post.

Afterwards, there was no talk about revisiting the challenge, which disappointed many of us. Sure, classics like Bottling Farts weren't up for any literary awards, but they were fun to produce and entertaining in their own right. The overall quality was better than expected, which made it all the more puzzling why no one was pushing for a second Eight Hour Fiction Challenge.

After lengthy deliberation with members of Kindleboards, the rules were finalized and a target date was set for February 2014.

Here are the official rules:

To write, edit and publish a work of fiction in eight hours or less. The author is responsible for all aspects of the creative process, including cover creation (whether you do it yourself or have someone else do it) and posting it to at least one major e-book vendor (typically Amazon).

1. Everyone is welcome to participate in the challenge.

2. You may take the challenge as often as you like.

3. You are free to write whatever you wish. No work will be excluded because of its subject matter or genre.

4. The hours worked do not have to be consecutive.

5. Although writers are encouraged to attempt the challenge in eight hours or less, they may use up to 24 hours to ensure quality and completion of their work.

Results will be posted on my personal blog http://segordon.blogspot.com the first Saturday following the end of the month. If you're looking to conserve your free days, that Sunday may be your best bet. In the future, I may give the Eight-Hour Fiction Challenge its own blog or website, but let's get through the first challenge first!

Additional blogs are welcome to include the results of the Eight-Hour Fiction Challenge. Just contact me and I'd be happy to share the source code (and most importantly, images) so that it can be easily posted on your website/blog and there isn't a duplication of effort.

Although I was still incorporating feedback for the official rollout in February, a few of us took the challenge anyways. (Once you’ve done it a couple times, it becomes quite addicting.) Here are the two submitted entries: 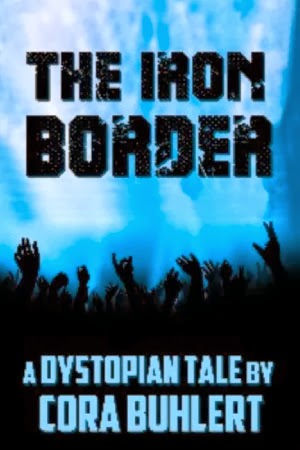 Ana has lived in the shadow of death all her life. For when she was six years old, a TV broadcast announced that an asteroid would hit the Earth twenty-two years later, extinguishing all life as we know it.

As Ana grew up, she put her faith in the worldwide lottery supposed to select the chosen ten thousand, the survivors of humanity who would escape the doomed planet in giant space arks.

But the lottery is not as fair and unbiased as Ana has been led to believe. And even her best efforts to turn herself into someone who would be useful aboard the great space arks do not bring Ana any closer to the gleaming shuttles that are being constructed behind the iron border only a few miles away…

Cora Buhlert was born and bred in North Germany, where she still lives today – after time spent in London, Singapore, Rotterdam and Mississippi. Cora holds an MA degree in English from the University of Bremen and is currently working towards her PhD. Cora has been writing, since she was a teenager, and has published stories, articles and poetry in various international magazines. When she is not writing, she works as a translator and teacher. Visit her on the web at: http://www.corabuhlert.com.

Where To Get It Free Perkins Deadwood can't believe his ears. His twelve-year-old son just asked for a pet fart for Christmas. And not just any fart, a Spanish fart. Hay caramba!

Can the used car salesman talk his son out of it? Or is this Christmas really going to stink?

For mature (and not so mature) audiences.

When he's not writing about old, crusty farts, Donald Rump writes about actual farts--the stinkier the better. He is also an advocate of the No Fart Left Behind program and marriage equality for all gaseous entities great and small.

Where To Get It Free

The Woodsman by Craig Hansen 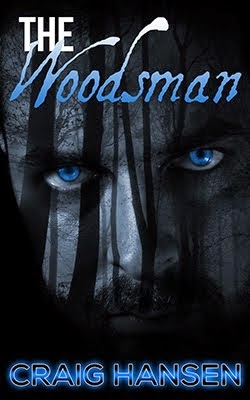 Sometimes, you have to pay for your good deeds.

Bringing a Ghost to Life by Meg Cooper 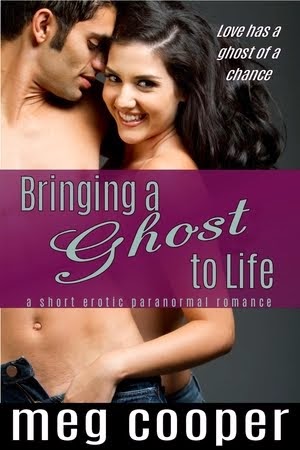 Rebecca Fletcher and her sorority sisters plan to spend Halloween night in a supposedly haunted abandoned frat house. Legend says that if you stay in the frat, the ghost will visit you and give you an unbelievable night of passion. Rebecca doesn’t believe in the legend, much less ghosts. But when the ghost of Lawrence Lawson — Law, for short — visits, Rebecca finds she may just want to open her mind. And body.